Within an interesting interview conducted by Jan Jekielek of Epoch Times, former AAG Matt Whitaker confirms what CTH long suspected. The Mueller investigation was used by corrupt interests within the special counsel’s office to threaten any/all executive branch and congressional officials with “obstruction of justice” charges if they revealed any exculpatory or counter-narrative information during the Mueller probe.

There can be no doubt that Bill Gates has worn many hats on his remarkable journey from his early life as the privileged son of a Seattle-area power couple to his current status as one of the richest and most influential people on the planet. But, as we have seen in our exploration of Gates' rise as unelected global health czar and population control advocate, the question of who Bill Gates really is is no mere philosophical pursuit. Today we will attempt to answer that question as we examine the motives, the ideology, and the connections of this man who has been so instrumental in shaping the post-coronavirus world.

Eisenhower’s warning is often repeated but has gone mostly ignored, as has another observation from the same speech. Warning that scientists dependent on government contracts and grants might cripple scientific breakthroughs, Eisenhower said “public policy could itself become the captive of a scientific-technological elite.” 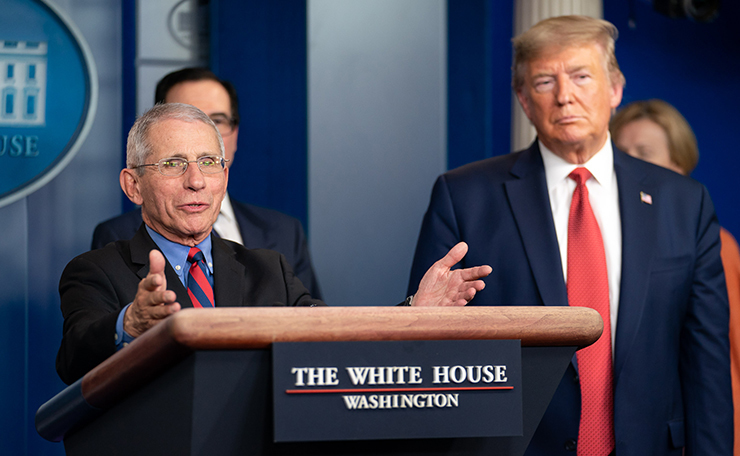 Eisenhower put his warning in context: “Today, the solitary inventor, tinkering in his shop, has been overshadowed by task forces of scientists in laboratories and testing fields.”

“In the same fashion,” Eisenhower continued, “the free university, historically the fountainhead of free ideas and scientific discovery, has experienced a revolution in the conduct of research. Partly because of the huge costs involved, a government contract becomes virtually a substitute for intellectual curiosity.”

“Scientific research and discovery” should be held in “respect” Eisenhower said. Yet he foresaw, “The prospect of domination of the nation's scholars by Federal employment, project allocations, and the power of money is ever present and is gravely to be regarded.”

Today, Dr. Anthony Fauci, head of the National Institute of Allergy and Infectious Diseases (NIAID), is hailed as one of the...